Spoilers ahead for American Hustle.

We’re all conmen in our own way. We hide what we think and say things we don’t mean to keep in line with social decorum. We tell ourselves we need things that will never be a necessity and convince ourselves that the hardest course of action is the wrong course of action. We lie to ourselves and each other and the world every day. We’re all conmen and that’s something of the backbone to director David O. Russell’s latest film American Hustle, which sees a cast that is an embarrassment of riches lying their asses off in every direction. Record scratch. In the 1970s. 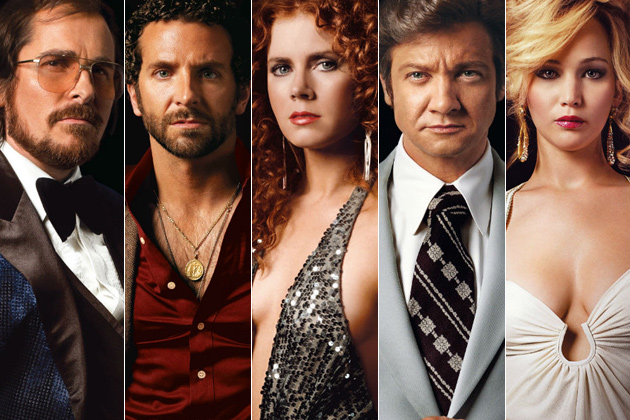 Make no mistake, there is disco in this movie.

Irving and Sydney are a pair of madly in love crooks who divide their time between banging in hotels and swindling the desperate out of their last bits of money. But FBI Agent Richie DiMaso throws a wrench into their operation when he threatens prosecution unless Irving and Sydney help weed out and take down high level white collar criminals.

It’s your standard bad guy does bad things for the good guys plot. But the narrative of the film, while certainly not lacking in any jarring way, isn’t what will keep you engaged for two plus hours. Neither are the obscenely low cut dresses.

Irving, played by a Christian Bale who you will have a very difficult time recalling was ever Batman, is a lifelong conman. His entire existence is built upon lies, from his business to his family. It’s a sport to him, and in that sense and that sense alone he is a professional athlete. But over the course of his dealing with the FBI he slowly becomes disillusioned with lying for a living.

Sydney, played by Amy Adams, lies to survive, as she insists time and time again, begging the viewer to question if that in and of itself is a lie. She spends half of her time on screen under the guise of the Englishwoman Edith Greensly, throwing on and off a British accent so often it can get confusing. For Sydney every lie is another inch between herself and her past, and another inch closer to any other life than the one she’s living.

Which is how Jeremy Renner’s character, New Jersey mayor Carmine Polito, finds himself in the midst of the trio. Polito is a working man’s politician. Renner plays him like a Kennedy, a young, handsome do-gooder ready to lend a hand to any man or woman in need. His goal is the welfare of New Jersey, and as the movie progresses it becomes increasingly clear that that isn’t a lie.

But Polito wants the new jobs that rebuilding Atlantic City would bring so badly that he’s willing to compromise and lie to himself to get it. One lie leads to the next, ever goaded on by DiMaso and his reluctant assistants, and soon Polito is over his magnificent haircut in corruption and bribery.

And at the extreme end of this spectrum of deceit is Irving’s estranged wife Rosalyn, played by Jennifer Lawrence in a role that makes her almost unrecognizable as any bow-wielding revolutionary. Rosalyn, rather than a shrewd conman or a morally compromised politician, is just a straight up liar. Her lies are translucent, less an attempt at misdirection than a blatant rewriting of the immediate past. They’re inept narratives construed on the fly to cover her mistakes, duct tape holding together a shoddy, broken down car. She’s the civilian, the pedestrian liar whose fumbling feints make Irving and company’s lies all the more dazzling in comparison. 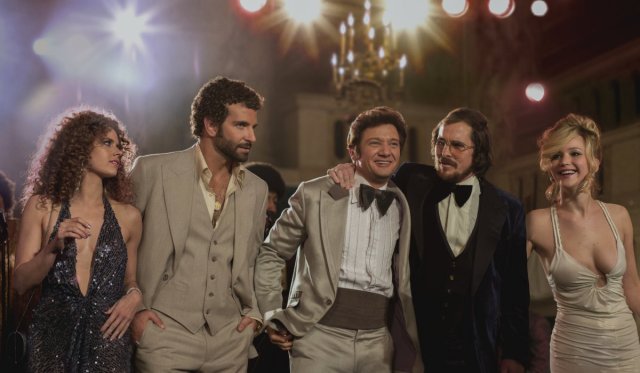 The titular American Hustle is the lie we tell ourselves every day: the idea that we aren’t surrounded by perpetual liars, whether they’re conning us out of millions or expressing feigned interest in what we did this weekend. And yet Russell’s film doesn’t feel like an indictment as much as it does an honest embrace of a distinctly human activity.

In the world of American Hustle there are no good guys and there are no bad guys, there’s just good liars and better liars.

And cleavage. So, so much cleavage.