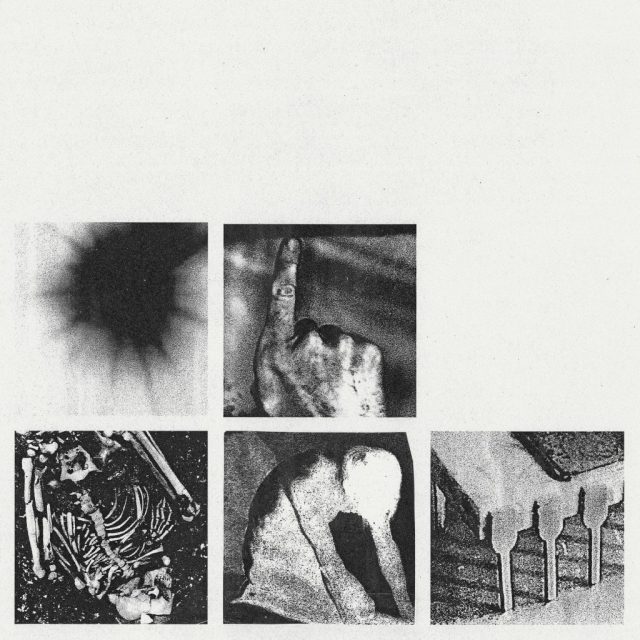 Nice try Trent, but you and your incomprehensible album art don’t scare me!

Well, it had to happen eventually I suppose, and five years in is as good a time as any to finally jump the shark. Which is to say, I guess I write about music now too.

Nine Inch Nails is a band that has always felt, for lack of a less dramatic sentiment, a little bit dangerous. Ready and willing to lash out and confront the listener with aggressively taboo lyrics or distressingly impenetrable sonic barrages. As a teenager, hearing the chorus to “Heresy” for the first time (“Your god is dead, and no one cares. If there is a hell, I’ll see you there”) and taking in the furious cacophony of “Ruiner,” both from the band’s 1994 album The Downward Spiral, blew my little teenage mind.

But Nine Inch Nails has been my favorite band for over a decade now, and while I’ve adored everything the outfit has produced in that time, it’s been awhile since Trent Reznor has gnashed his teeth at me from his cage of industrial synthesizers and actually gotten me to blink. But there are moments on Bad Witch, the conclusion to a trilogy of releases preceded by 2016’s Not the Actual Events and 2017’s Add Violence, in which the sound and fury I’ve been so comfortable amidst for so long begin to turn on me, like a long domesticated animal baring its fangs for the briefest of moments to remind you that somewhere in there is the heart of a wild animal. The nearly seven-minute instrumental “I’m Not From This World,” for instance, left me feeling like Robert Muldoon, ears cocked to a decoy crescendo as another sinister swell of sound exploded right beside my face.

That sense of confrontation is helped by having been lulled into a false sense of familiarity for what this yet-unnamed trilogy of releases would be by its previous entries. Not the Actual Events and Add Violence unfold similarly; a more-or-less traditional opening NIN banger, a reserved and brooding electronic piece, a sinister droning tune, one more less-traditional banger, and then a final, epic wild card. It’s a format that has worked for both Eps, delivering some grade-A NIN, particularly with those final wild cards, “Burning Bright (Field on Fire)” and the fascinating “Background World.” But Bad Witch tosses that formula out, cranking up the aggression of the lyrics and the disorientation of the music. It’s ludicrously titled opener, “Shit Mirror,” transcends its eye-roll-inducing title, demanding to be screamed through hoarse vocal cords in the midst of a moshing crowd, while pieces like “Play the Goddamn Part” and “God Break Down the Door” give listeners little more than a bassline to latch on to while they’re pelted with seemingly-contradictory flourishes of percussion, keys and saxophone.

And then, continuing with its trend-bucking, Bad Witch, and thus this trilogy, concludes with the groovy, almost relaxed contemplation of “Over and Out,” a song that feels like arriving in  calm, still waters, soaked to the bone after a twenty-minute bombardment of raging rapids.

Much has been made of Trent Reznor’s decision to dub the half-hour, six-track Bad Witch an LP rather than an EP like its two predecessors, but as with its predecessors, and more-so here, this is a release that is denser and more intellectually and emotionally taxing than its runtime belies. Reznor’s decision to write and release three EPs (yeah, yeah, two and an LP) over the course of two years rather than turning in one full length album has provided a decidedly fruitful, stimulating, and yes, even dangerous chapter in Nine Inch Nails’ discography. One that evolved and morphed as it was released, a living, breathing, growing album that has matured into something truly captivating.